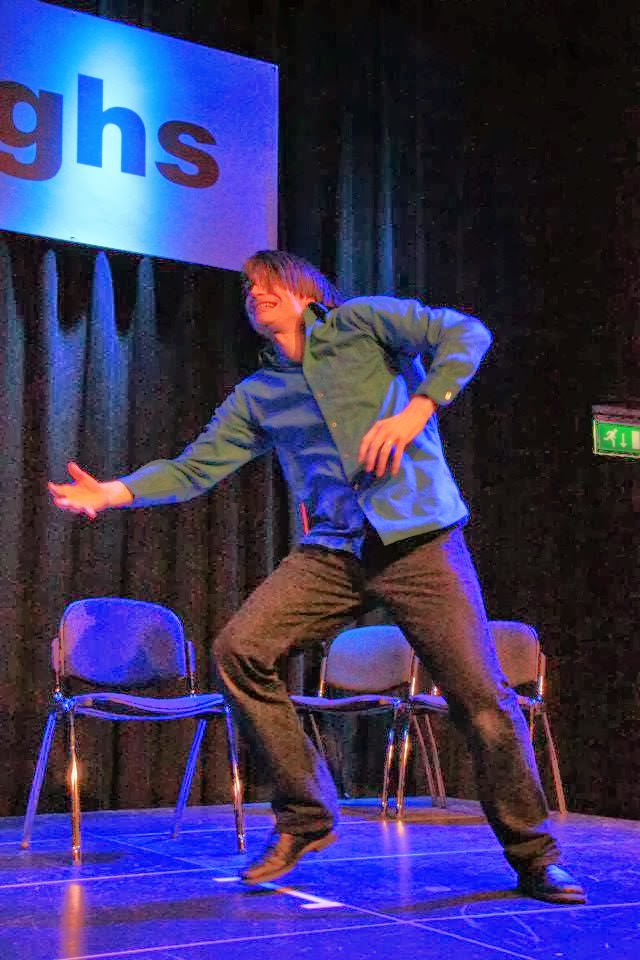 I’ve been doing a spot of solo improv recently and getting my head around the fact that there’s something very different about improvising on your own as opposed to how it’s normally done, with an ensemble. Or at least one other player. Solo improv misses that one important factor that makes improv so exciting, that unpredictability due to you the input from other players. It’s a collaborative art form. How do you collaborate with just yourself?

One. By really listening to yourself and paying attention to what you’re doing. I think there are a lot of improvisers who say a lot of stuff but it’s just stuff to fill the space and don’t listen to what it is. I think because performers know what they are about to say, they don’t listen to it. But what we mean to say doesn’t always come out that. We pismronounce words; me get the emPHAsis wrong; we don’t portray the emotion we intended, dammit. In a multi-person scene, these things can be picked up by other players, but it’s good for you to be aware as well. But when on your own, you should definitely know what’s going on. The other reason to listen is because of another way you can collaborate and listen.

Two. If you are fully in your character and fully in the moment, you should be surprising yourself all the time. Clearly I mean surprising yourself with stuff the fits the characters, the story and the world you are creating, not because you are listing random things for no reason. This is the main thing about solo improv I find fascination: Being able to have a conversation with two (or more characters) that you have no idea where it’s going, even though it is you who are creating those characters.

Neither of these is only relevant to solo improv; both are core to any form of improv. I think my advice for improvisers (whether on their own or with others) that seems to come from this is as follows: Jump in with both feet, but allow yourself the time to observe what’s going on. Jumping in isn’t about rushing full speed ahead, it’s about making bold choices, inhabiting your characters and doing exactly what the character, the scene and the story requires. Usually the character, the scene and the story are alrealy telling you what they require; you just need to listen to them.
Posted by Peter More at 23:28