Can I have a Relationship, Please 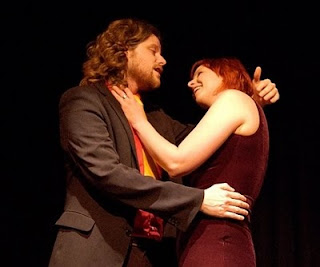 Say for example, there are three films in the cinema and all you know about them is the following:

If that's all you know, which film do you go and see? Most people would choose the third one as it promises to be about something inherently interesting: a relationship. Even films that seem to be about an object never are: they are about people and, more importantly, relationships. The Piano was not really about a piano; Schindler's List was not concerned with the list itself; and in Rear Window we learn nothing whatsoever about the window in question. Nothing!

Someone asked me recently, "should we not, then, only ask the audience for a relationship, and not an object, location, etc?" "No," is the answer to that for the following reasons: