It had been a good, fun show in a cheap room above a popular bar. Chatting with an audience member after, they suddenly said, “You must be an extrovert!” I was surprised at the time, but I’ve heard it enough since that I can now be all cool about it. It is a common assumption that performers are all extroverts. It makes sense. But as you probably know, many, many performers are the opposite. We’re introverts.

The stereotypes are that extroverts are all attention-seekers and introverts are all recluses. These are definitely extreme and narrow views. However, even the standard dictionary definitions of the words don’t do either side justice:

It gets worse when you look at the synonyms:

You’re either a mingler or a misanthrope!

The common psychological definitions are somehow better and much less concrete:

Introvert: A person predominantly concerned with their own thoughts and feelings rather than with external things.

The original definitions, popularised by psychiatrist Carl Jung, were about where we focus our mental energy, and again a bit fuzzy:

Really, introvert and extrovert are best defined, as I see it, by answering this: where do you get your energy?

Extrovert: A person who gets energy from being with other people.

Introvert: A person who gets energy from being on their own.

So an introvert can be happy in crowds, be the life and soul of the party, but they will go home for alone time to recharge, whereas an extrovert will get energy from being at the party and will get more quickly bored of being alone.

That is not to say people and parties can’t energise an introvert or that extroverts don’t like alone time. As we see with many human classifications, things are not defined as being completely one thing or another. We all have introvert and extrovert sides to us, but very often there is one end of the spectrum we tend to be. People you meet will never be entirely at the end of the in/extrovert spectrum as the extremes are actually disorders.

In a very unscientific poll of improvisers I made, the numbers of introverts and extroverts were pretty close, but over half the people identified as in the middle or ambiverts, having both sides in more or less equal amounts.

We’re currently experiencing a huge test of ex/introversion: the lockdown challenge. Those people coping very well, and even secretly enjoying lockdown more than they feel they should, are almost certainly introverts. If you were tearing your hair out after 2 hours, you are probably an extrovert.

it’s very difficult to tell who is an introvert or an extrovert on stage. Especially with seasoned performers. But you might get an idea at an after party, but even then, not for sure. Plenty of introverts love being at parties; some will be the so-called life and soul of said same party. And it’s possible to be an extrovert AND shy and retiring.

In the so-called “West,” we seem to favour extroverts. You are expected to be fun at parties, overjoyed to be part of a large crowd, and sparkling at interviews. And whilst you don’t have to be the life and soul of the office, it is frowned upon if you miss too many of the unnecessary meetings, social events, and teambuilding ordeals.

Improv, despite the fact a large number of performers are introverts, is really no different.

In fact improvisational theatre is often described in very extrovert terms. I was always told my energy should be outwards when improvising. It is definitely about focussing on other people. And of course we all know being in your head (a classic introvert move) is bad for improvising. All of which implies improv is for extroverts, even though a lot of us introverts are pretty good at it.

And offstage, there is a very social aspect to improv. It sometimes feels as though it is frowned upon if you go to very few social events and don’t hang out too much after shows. Of course, you should do some of that social stuff and many of us introverts enjoy it. Up to a point.

Nowhere is this more apparent than at improv festivals. I love festivals, but they are often framed as very social endeavours where there is an expectation that you will be there for every social activity, after party and meal. I do pretty well at festivals because socialising that much is a novelty and actually fun for a few days. Fun, but totally exhausting.

Now, it’s a fact of life that going to social events improves your integration into a community. There is probably no way to avoid this without devaluing human contact which is not my intention. I am all for human contact. But at some point, as an introvert, you’ve had too much of it, and you need crawl off back to your cave.

It does seem that extroverts rule the world, but that’s not surprising cos we’re pack animals and consequently social creatures and have built a society where social confidence is highly rated. Plus as an introvert I’d hate to rule the world. Far too many meetings.

My purpose here is not to vent; my only purpose with this post is awareness. (All right, maybe a little venting, but mostly awareness.)

It’s often hard for us to understand what goes on in other people’s heads as we tend to assume the other’s brain works the exact same way as our own, just with a different set of experiences. But given we had to program our own brain from scratch since the day enough cells fused together to make half a dozen synapses, it would be weird if two people did think alike.

What I would like ultimately is awareness that if someone leaves an after-party early whilst not being tired to the point of near death or so drunk they need to immediately check into a rehab clinic… or if they stay but are quiet or hard to talk to… they should not be considered anti-social, boring, reclusive, a bad member of the community or snooty.* 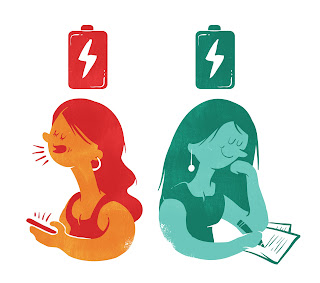 Note: * Of course they might be one of these things as well or instead, but never assume. Be kind.

Labels: In the real world, Life, Me, The Actor