Right at the start of a scene it's good to establish some key facts that give us a foundation to build from. There are various alliterations and mnemonics to help you remember this, such as "who, what, where" and "CROW" (namely, "character, relationship, objective and where"). These are good reminders of what a scene should have early on, sometimes from the get-go and sometimes they are discovered, but either way it's very, very helpful to have the relationship, location and some sort of activity established before we get into the meat of the scene. 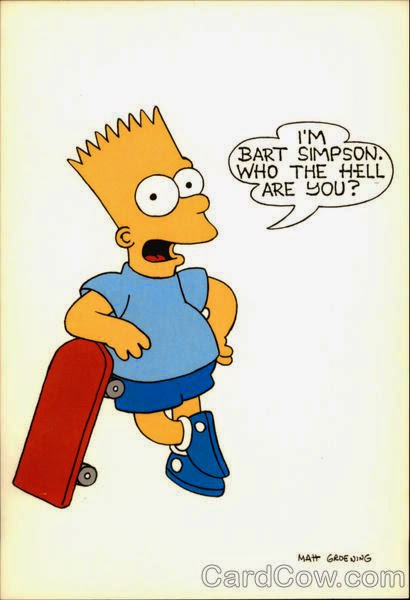 It's an area people have a lot of difficulty with because on the one hand we are often trying to be naturalistic or at least not "clunky" and on the other hand we need that information out there both as players and as an audience. In real life we might greet our colleagues in the office with a friendly grunt, but in improv it's more likely to be something more like "Good morning, Brad. I love working in this match factory with you where we've worked for 5 years." Clunky, right? But all good information.

I'm not saying that it can only be clunky. I think we should practice so that this information comes out somewhat naturally. But we should be aware that the audience has a higher tolerance for this sort of thing than we might think. A simple remedy for much improv clunkiness is to let more things be discovered naturally.

Now, it's partly the medium: In improv we are on stage with nothing – no props, no set, no costumes, we are quite possibly playing a character we would not get cast as in a movie – so we have to rely on words (with some mime and sound effects) to inform the audience. And whist some jobs you can mime very clearly so that the audience and your fellow players easily understand what's going on – milking a cow, repairing a bicycle, making pizzas – other ones have to be explained. You might be able to mime perfectly the actions that take place in a match factory – even one from 80 years ago before it was all done by one big machine – but would the audience recognise it from some other manufacturing process? Only if you test the final result, is my guess. Same goes for most forms of office work. Especially today as everything happens on the same thing, a computer.

So words are unavoidable. We sometimes have to be a bit wordier in setting these things up. I always explain that as an audience we accept that you might have to over-explain at the start and in fact are pleased because we too want to know this information. The other players are grateful too.

Other media have it much easier. If a movie wants to set the scene in a forest it can simply show the forest, job done. If a play wants to show that your character is a soldier, you'll be wearing a soldier's uniform. If a TV show wants to show you making matches, they'll show a close-up of you making matches with maybe some together stages in the process to make it clear.

Where these other media have the similar problems are relationships. So I think it's a good exercise to see how TV shows, movies and plays establish characters and relationships. Sometimes it shows you, that the blunt approach is fine. Watch the first episode of a series or the start of a movie and see how these clues are given. Some are clearer than others, but many use the same techniques we use in improv.

With this in mind, I rewatched the first episode of Game of Thrones because it seemed to have some good examples. I should warn you, there are no spoilers and it doesn't matter if you have never seen it, but it might make what I'm explaining clearer. So lets look at the scenes that establish key characters and relationships...

The first such scene is at Winterfell, a fortified town in "the North." It's actually is a very clever establishment scene using minimal lines: 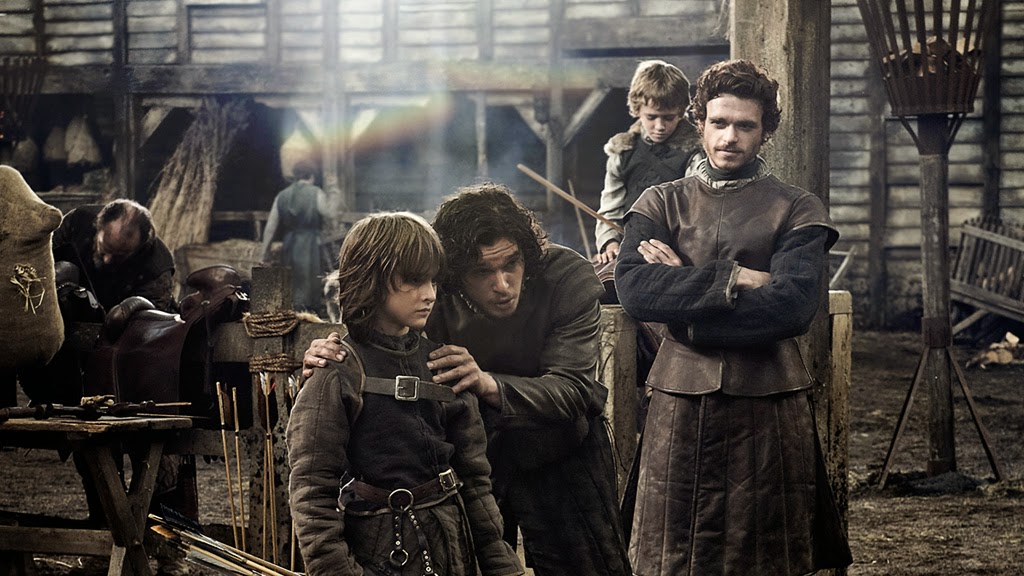 Young boy is shooting arrows and missing. A young man puts his hands on his shoulders and says, "Go on; father's watching." It's clear he's a brother from this line and his firm but caring manner. Then they both look up and see the benevolent faces of a man and woman smiling down at them. (The shot from below helps give them status.) Then the older brother adds, "and your mother," which is the first indication (of many) that she is the mother only of the younger lad.
The king establishes the boys age and his caring side, by stifling laughter about the boy's terrible archery skills saying, "And which one of you was a marksman at ten?" And then "Keep practicing, Bran." Ah, a name!
We cut to the other sisters, but we don't yet know they are sisters, but something of their relationship is established. The older sister is praised for her needlecraft as the other looks on resentfully. The younger girl is bored and distracted.
We see her a few moments later shooting a bullseye from a long way away to establish her as a warrior and we establish that she is probably family by the way the young boy chases after her for showing him up. People saying "master" to the little boy helps set this up as the ruling family. And when the father is referred to as "Lord Stark" and the mother "milady" a few seconds later, everything is pretty much set.

This is a very complex set up – we won't normally set up so many people in so short a spaec of time. It's been written by experienced people with the time to make sure these important opening scenes have their impact. But it's a good example of the something to aim for. To give improvisers hope, however, we move onto the second key establishing scene.

Meanwhile at King's Landing, seat of royalty, the body of someone important lays in state. A man meets a woman on a balcony overlooking the corpse.
Man: "As your brother, I feel it's my duty to warn you that you worry too much, and it's starting to show."
Woman: "And you never worry about anything." She immediately goes into a story illustrating this difference between them.
Bang! This is exactly like an improv scene. In a few blatant lines we have set up how the characters are related and how they are different. It could only be more of an improv scene if it turned out they were in an incestuous relationship.

This last scene should give us hope. If writers on a big budget series can do this, 5 people charging a handful of dollars should be able to as well.


The next set-up scene is back at Winterfell. The characters of the king and members of his family are mostly set up before they are seen, in particular Tyrion Lannister, who is endowed as the boozing, whoring, dwarf brother of the queen who everyone talks about very much like the classic endowment exercise, Here Comes Johnny. 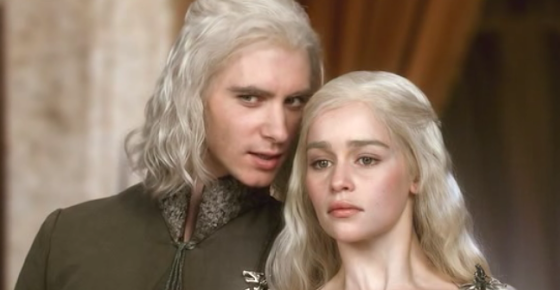 The final big introduction scene, introduces Viserys and Daenerys Targaryen, another twisted sibling relationship.
The brother comes in calling her name and when he finds her adds, "There's our bride-to-be!" The scene is set here. She's about to get married and clearly deadened by the prospect judging by her manner. That he is plotting to gain the throne is made clear a couple of lines later. There's hint of the abusiveness of the relationship but we don't learn that they are sister and brother until the next scene, but we know plenty about of their relationship by then and the fact they are siblings heightens it to disturbing extremes.

So, what can we conclude? I think it's clear that TV shows and movies use many of the same techniques of endowing that we use in improv. Even the blunt ones. People do come into a scene saying "Hey, sister!" etc. And although we might find it a little heavy-handed sometime, the audience doesn't mind as long as it gets the information it needs. And it doesn't have to have it all at the top. We can let it trickle out as we find out other information about the world we are creating. But making something clear as soon as it is established is important whether it's at the start of a 3 minute scene or a 6-season epic.