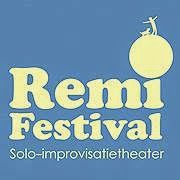 At the end of this month, i.e. in a week, I’m taking part in a festival of solo improvisation called Remifestival. I’m very pleased to be a part of it. Someone asked me recently why do I do solo impro. It’s a good question. The simple answer is, “because it’s there.” Over the years, I’ve been in groups and shows ranging from 2 to about 50 people. It makes sense to try it with a group of one.

Before I talked a little about what it is that makes solo improv work for me, and how you fill the void left by other players and external ideas. Mostly it’s filled with paying attention to what you’ve set up, and to what you’re doing and saying, especially the things you didn’t intend to do or say.

I first tried a solo show a few years ago. It was a very nervous show that relied on monologues and improvised poems which were things I was good at. Since then I’ve worked a lot more on characterisation. So much so, it’s become one of the most important things in improv to me. With characters come relationships and with relationships you have the fuel that drives any scene and any story. Without relationships or characters that are affected by what’s going on, a story is just a bunch of stuff happening.

It can seem quite daunting going out on the stage alone. One of the nice things about gang improv is that there is always someone there to help you out when it goes wrong. Solo improv is almost in the world of stand-up, where you live or die by your own sword. 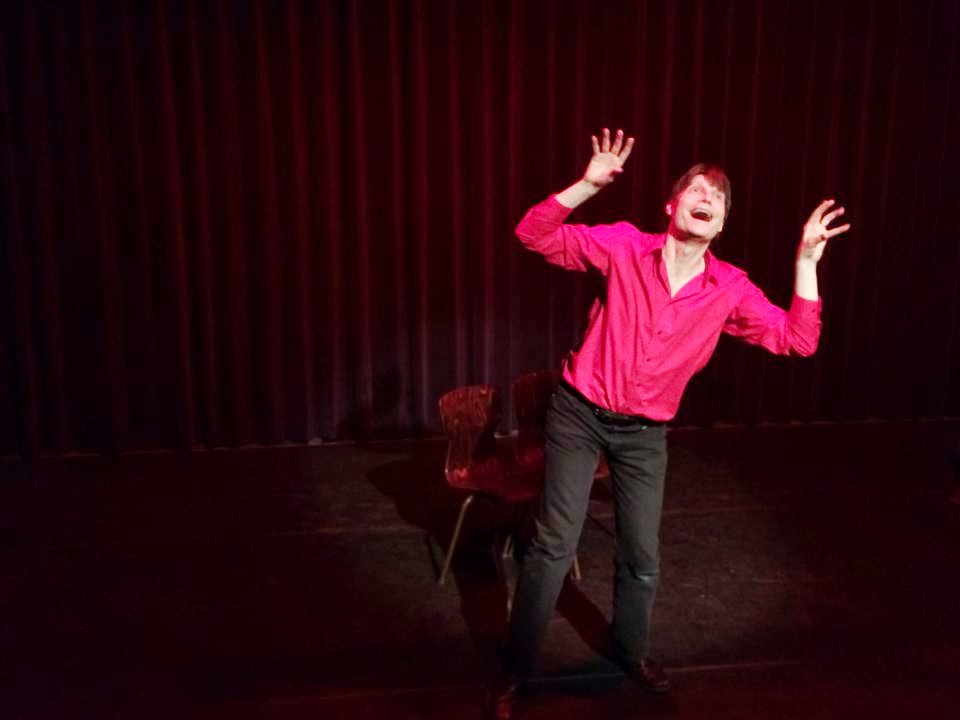 Fortunately, in improv you have the good fortune to not need a pre-prepared sword; but of course are free to conjure one up whenever needed. And you often also aren’t alone because, unlike a stand-up, you might well be working with a lighting and/or sound technician and/or musician. So there is someone there to help you. Plus improv audiences are way nicer than stand-up audiences. I don’t mean to be disparaging, but they are. I’ll talk about this more some time.

Even when you are performing with a gang, there are those moments when it’s just you on stage, and I have no problem with those moments. They make for a different dynamic and allow the audience to see a character when no one else is around. How often is that used in movies? Plenty.

The show I do now is intentionally ambitious. A whole film-like story created on stage but with the focus on the characters and relationships and using them to drive the narrative. But with the added lights and sounds, along with the audience’s willingness to come along with me, I’m never really alone.

The Remifestival is on 28th February and 1st March. It’s sure to be a lot of fun. I play on the 1st of March. Full details on the Remifestival website.
Posted by Peter More at 10:23